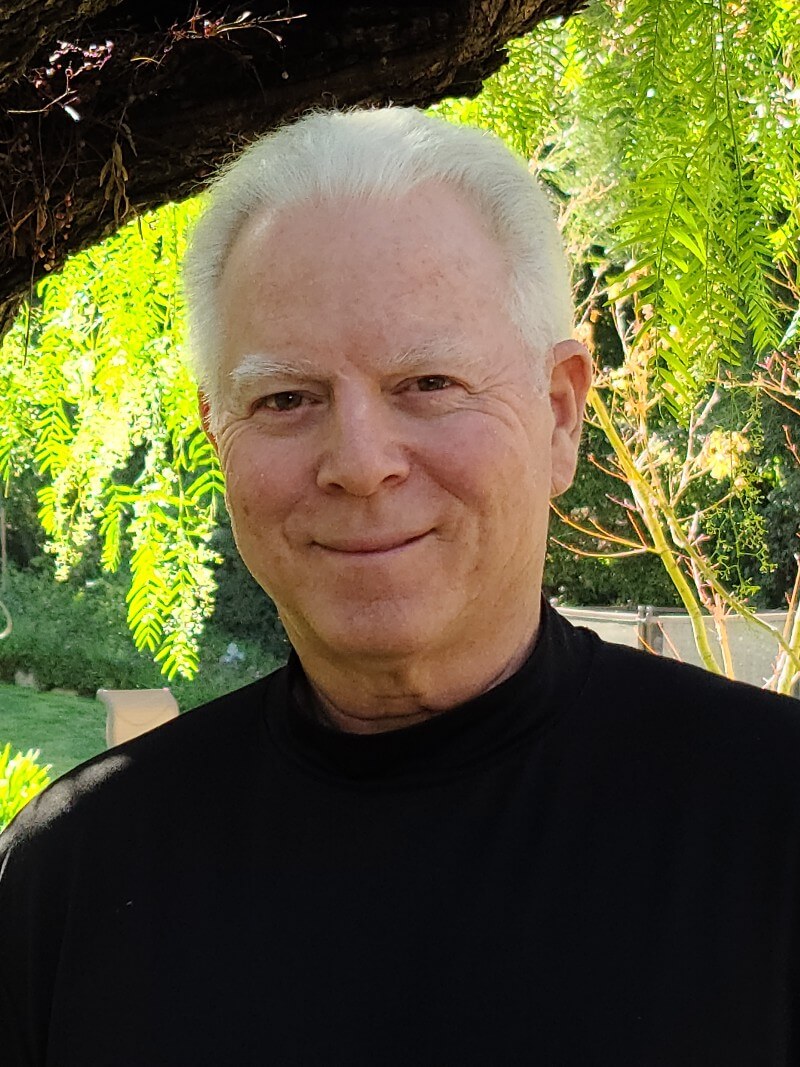 David Casselman feels called to the task of changing hearts and minds about the importance of helping animals and the planet. An accomplished civil trial lawyer, David spent decades doing pro bono work to protect animals in addition to his successful career as a trial lawyer, law school professor, and animal advocate. In that capacity, he was actively involved in crafting legislation to help animals, including the California Hayden Law, which expanded the obligations of public animal shelters to care for animals in their possession throughout the state.

Now retired from law, he has chosen to pursue his passion for protecting animals and their environments full-time.  Twenty-one years ago, he co-founded the one million-acre Cambodia Wildlife Sanctuary and has been actively involved in The Wolf Connection in Los Angles and the Whale Sanctuary Project.  At the same time, he has worked as a partner with Lek Chailert and Darrick Thompson with the Elephant Nature Park.

David has also been involved in selecting, supporting, and/often funding the production of movies and programs that support a wide variety of wildlife initiatives.  Included are Love and Bananas, Cher and the Loneliest Elephant, Free Billy, The Last Stand, Remaking Wolf Connection, and a series of Podcasts and several TV series now showing on Ecoflix.

David is now the founder and CEO of Ecoflix, the world’s first non-profit streaming service devoted to saving animals and the planet.  Dedicated to biodiversity and almost every ecological issue, David champions causes around the world. He hopes Ecoflix will inspire the young and motivate like-minded people of all ages to do everything they can to save animals and the planet. 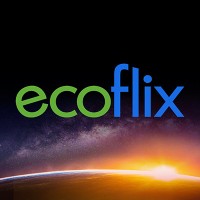 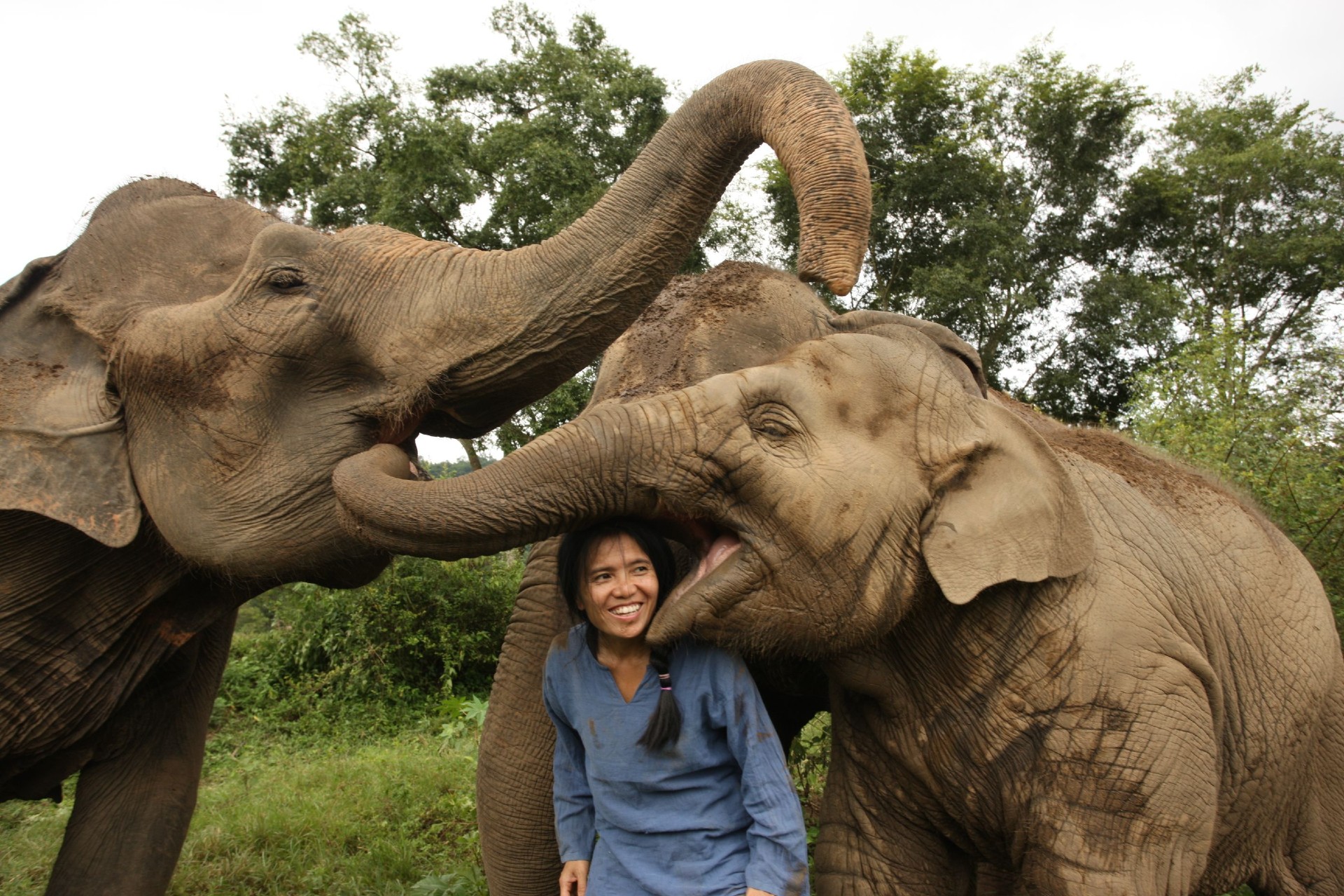 Lek Chailert with beautiful asian elephants she has helped to save from captivity.

David was instrumental in supporting the Elephant Nature Park and Save Elephant Foundation. 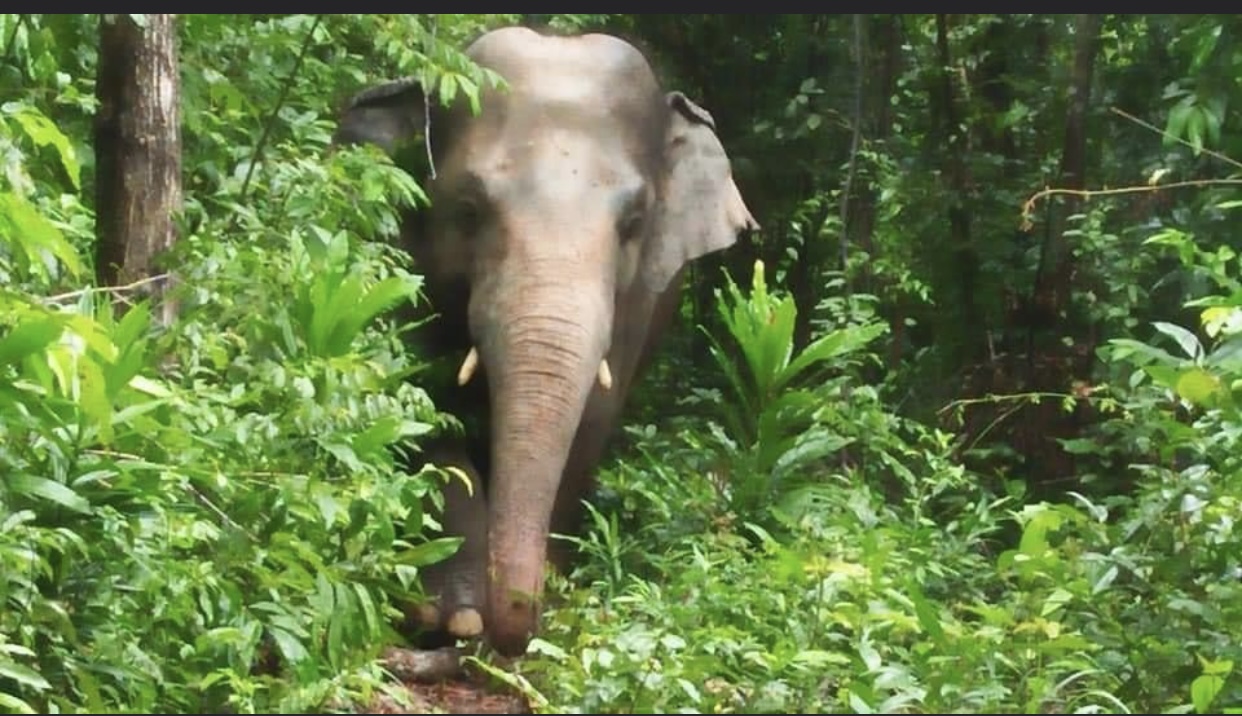 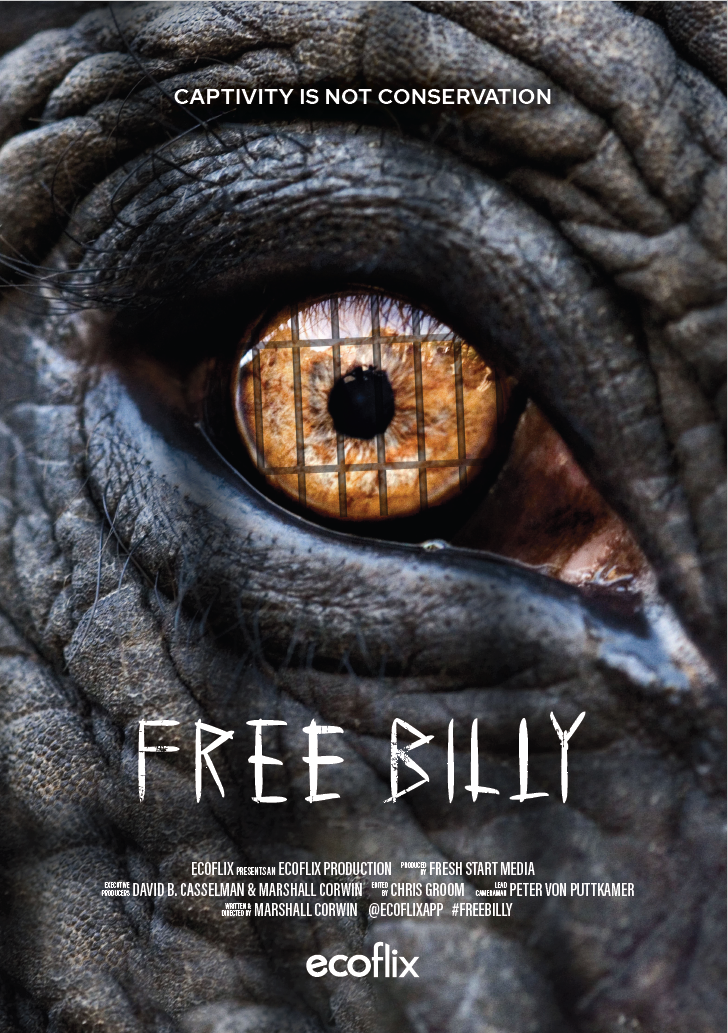 David recently funded the production of a film, Free Billy, which highlights the plight of Billy, an Asian bull elephant, transported to the Los Angeles Zoo when he only 4 years old.  Having now lived there for over 32 years. Billy has endured years of brutal training, near total isolation, and lives with almost no appropriate mental stimulation. There has long been a movement to free Billy, which has been ignored by the City, even though David sued the City, proving the serious damage caused by the Zoo, all the way through trial and two appeals.  Nonetheless, the fight continues.

When did you first recognize your passion for animals and the environment?

It’s very interesting…I have found different people recognize at different times in their life that this is what they really wanted to do. I always enjoyed animals. We had them growing up, but it wasn't until I graduated from law school that I thought maybe I could use my law degree to help animals. At that particular time, there was the outrage over tuna fishermen catching dolphins in their nets and it was just enraging me that this incredible mammal was being killed in horrible ways…I just didn't understand that and it kind of lit the fire that has consumed me ever since. The idea that you should be kind to animals and treat them well and that they're sentient beings that deserve our respect - I didn't think that was in question. Then as I became exposed to the adult world, I realized it's not only in question, it's often rejected by many people you might think would know better…that’s what kind of got that part of me moving in the direction of, “Hey I need to do something about this. Nobody else seems to be doing enough.”

I loved our dog, had a horse that I spent many hours with and I learned a lot from them.

Listen to the video to hear the entire answer!

When during your professional tenure did you start working to help animals in a legal profession?

Very soon afterwards, actually. I was in law school thinking out loud about trying to help the dolphins, and I learned quickly that I couldn't do very much, because they're controlled by international law and treaties and other things. And so, that was very disappointing to me. Then I tried to jump into, as I mentioned, the cattle issues and found out that this particular abuse was not happening in the state where I was licensed, California. That was infuriating, because I felt like, "What's the point of having all this desire, knowledge and willingness to do it and they're out of my jurisdiction, whether it's the physical or the national limitations?" And so, I started looking locally to see what could I do. Some friends of mine who were involved said, "Hey, we have lots of people who need legal work involving their animals." From then on, I was pretty much besieged with animal calls.

To hear more go to our interview!

What is the Hayden Law, and what was your role in getting it passed in California?

Yes, it came to my attention more than once. The Hayden Law was an example that there was a need for legislation in California to protect animals, and Tom Hayden, then married to Jane Fonda, was a state Senator who had championed this cause and he needed help getting it through the legislature. He was a Senator, but there was a lot more needed. I mean, there were needs for experts and lawyers and other people to support it. And in particular, there was drafting work that needed to be done to make sure the law would withstand the challenges legally that it would be presented to, and there were also expected negotiations.

See our interview to learn more about the Hayden Law and David Casselman.

How do you help share the voice of the animals?

This is not unique to me. I think many people have either created organizations called “Voice For The Animals,” or they think about trying to be spokespersons for the animals. And in my case, I really am just picking up the gauntlet where others left it. And some that are still pulling, trying to help them.

What are some of your biggest accomplishments throughout the years?

You know you sometimes don't have control over where fate takes you or what opportunities arise. For example, I was visiting Cambodia. A friend of mine lived there and urged me to come. We talked about many of their horrible and pressing animal rights issues…after a while, I said, “You know what? You’re very connected here. Can you put me in touch with the Minister of the Environment?” He did and we had dinner. I offered to bring an international team together to create a sanctuary…and even though we've had serious setbacks with fires and poachers and the logging industry and everything else, we still have a sizable sanctuary there (called the Cambodia Wildlife Sanctuary). We have rescued elephants and primates of all kinds. We rescued hornbills. We rescue everything we can.

How did you become so involved with elephant conservation?

I hate to say that about animals because they're all so great in their own way, but elephants are clearly special. There's no question about that. I love the fact that there's a huge difference, even though it's not obvious, between the Asian elephants and the African elephants. Not just in the elephant, although those are smaller, but in the way they're treated. I mean, poaching is a huge problem in Africa for ivory and stuff. In Asia, they have a whole different problem. Habitat is completely being decimated, clear cutting for commercial growth, mango, and all those things. Just like in Indonesia where the orangutans are suffering because they're growing palm oil.

So elephants just strike me as being very high on the intellectual chain. I mean, they're every bit of smart as people, probably way more evolved. And whale, same thing. These are animals that if they wanted to kill us, they could do it, and they're not trying to do it. They try to avoid us. They're pacifists. And we don't seem to leave them be so they need somebody in the human world who needs to say to the rest of the population, "Would you stop picking on the elephants and the whales? They need our support." So I love them for a lot of reasons, and I would do anything to help them.

What is your involvement in the whale Sanctuary Project?

Well, not in Miami, but the Whale Sanctuary Project is a wonderful project. Charles Vinick and Lori Marino started it. Their goal and my support in any way I can provide it, is to create an ocean sanctuary.

They're looking at Port Hilford in Nova Scotia as the site to release captive orcas and beluga whales out of these aquariums, and put them into an ocean environment that's many, many times larger than any aquarium. It's still not the same as releasing them into the wild.

But the orcas, again, they're so smart. They have their own language, depending on where they live. They have their own training in their families for how they hunt. They're all very, very unique, and you can't just turn them loose. Charles was involved with Keiko, and they tried and tried, and all the pods rejected her.

What other film projects have you been involved in?

Beginning of my relationship with film was my involvement in helping to put together the players in Love and Bananas.

What is Ecoflix, and what is its goal?

Ecoflix is like Netflix, but for ecological issues. We provide the channel free to schools and we are thrilled to be working with organizations around the world to create, show and distribute films for them. Our programming is all designed to inspire change so people can be part of making a real difference. Our way is to show the beauty and inspiration of nature. I'm working with NGOs (non-governmental organizations) all around the world through Ecoflix to support their missions and try and make sure that they're getting the resources and the notoriety they need. Ecoflix is entirely self-funded, without any of the membership proceeds going to operations. All this money goes directly to animals and the planet. Hopefully soon, we'll be working with brand sponsors to expand our available resources.

What are your next goals for the animals and the environment?

This is what this retired person wants to do. Sitting around eating bonbons and playing golf, I just don't think would... I wouldn't last very long. But at this rate, I'm very energized and it's exciting. And the more we can make a difference, the happier I'll be. And so, working on causes whenever I can, and I've got, as I mentioned, several going. And the more we can accomplish, the happier I'll be.