In celebration of World Rhino Day (September 22) and in support of these threatened creatures, we are thrilled to announce the release of the 4th book in our Baby Animal Environmental Hero Series, Little Moyo. Purchase this new book today, and we will donate 50% of proceeds to Saving the Survivors for World Rhino Day for the next few weeks. Books will also ship FREE.

Little Moyo is based on a true story of a young baby Black Rhino who lives in Africa with his mother. One day as he plays with his friend Howard the warthog, he hears a strange noise. He tries to find out what the noise is and discovers his mother has been taken by poachers. He tries to save her but also gets hurt by them. With the help of his mom's unique friends, a mother elephant, a mother lion, and a mother ostrich, Little Moyo makes his way to find humans that will help heal his wounds and enable him to live safely at a rhino sanctuary. The humans who help him are from the organization, Saving the Survivors, led by Dr. Johan Marais. Proceeds from this book will be donated to help Dr. Johan and his team help other animals in need.

Saving the Survivors was founded in 2012 by Dr. Johan Marais to attend to injured, endangered wildlife that have fallen victim to poaching or traumatic incidents. The organization attends to the needs of any injured animal, however, most of its efforts have been directed towards helping rhinos due to the vicious attacks that many of them have fallen victim to. 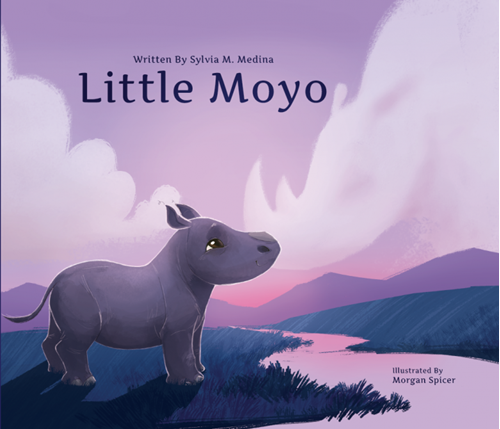